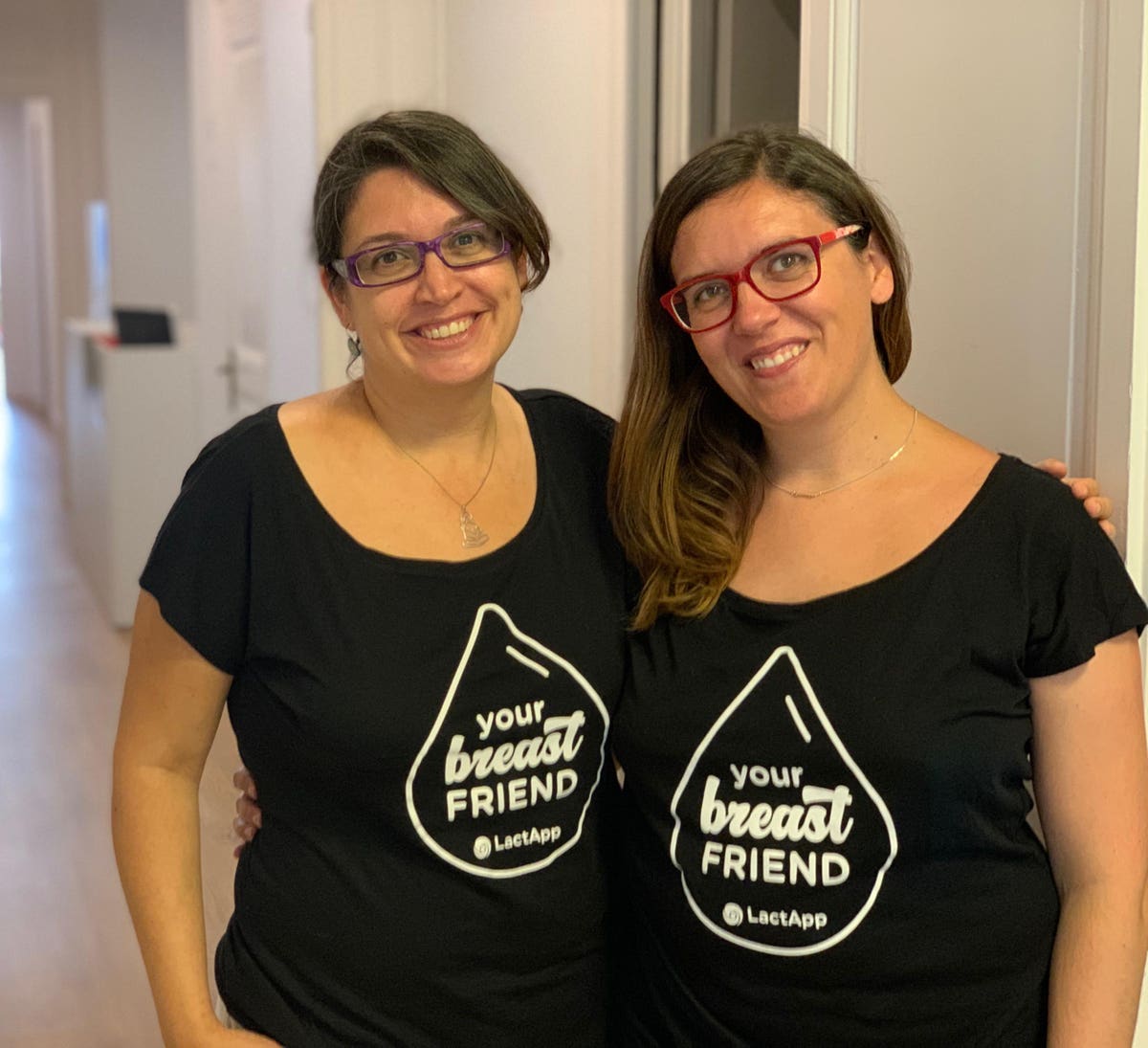 Why over 40,000 people log into this maternity care app every month

After witnessing a high demand for fertility and maternity advice, two women developed an app that now has over 40,000 monthly users and answers around 90,000 questions every week.

Created by two women in Spain, LactApp is a game-changer in maternal health by providing perinatal and postnatal information with just a click and a swipe. Loaded with thousands of answers to common questions, profiles tailored to each baby, a plethora of breastfeeding techniques and more, the goal is to maximize knowledge and ensure safe and effective care for mother and baby. the baby, according to its founders, Alba Padro and Maria. Berruezo.

Alba and Maria met years ago in a local breastfeeding group after Maria, who had just given birth, sought help from a breastfeeding expert. Alba, a certified lactation consultant, was popular with new mothers and for years she guided people in person and by phone, sometimes answering 30 calls in a day. The two women formed a close bond and Maria found Alba’s knowledge invaluable.

It was then that she said to him, “Alba, I want to download your brain into my phone and put it in my pocket.”

The women embarked on the mission to digitize Alba’s knowledge and spent over a year writing all the material. In 2016, after trial and error with program development, LactApp was born. A maternity guide with in-depth advice and support for each stage from pre-pregnancy to post-partum, the app is available for download on iPhone and Android. The Apple Watch version will launch next week. Unlike a basic Internet search, the information and responses to inquiries are not general; they are scientifically supported and adapted to each individual according to the age, weight and state of health of the baby. With most of its 40,000 millennial users, LactApp’s openness and speed of delivery is changing the talk about maternal health care and what it means to take charge of the body.

With a formula industry of $ 70 billion per year, it is sometimes difficult for women to trust breastfeeding the old-fashioned way, Alba said. The industry and its advertising make women believe that the formula is superior to their own bodies. This reluctance is reflected in some women’s questions, such as “Can I even breastfeed?” Nonetheless, LactApp is doing well. Alba explains this as the â€œmillennial model, where people find their own information before rushing to a doctorâ€.

A mother may submit the question “Is my baby ready to eat solid foods?” LactApp analyzes the profile of this particular baby and asks targeted questions before providing an answer. The app is also aimed at mothers. Women frequently turn to LactApp to ask questions about fertility and body changes that occur during or after pregnancy, for example, whether they can breastfeed while trying to get pregnant again, breast pain and infections, menstruation after pregnancy. birth and more. It is essentially a one-on-one consultation with a specialist without the hassle of in-person visits or long periods of uncertainty.

â€œI wanted all the women in the world to have the same help as me,â€ said Maria.

The company offers more than answering written questions, they explained. Videos in the app detail the correct way to breastfeed, and mothers can upload their own videos to check if they’re on the right track. The LactApp team can then advise raising the baby’s head higher, or turning it more to the side, for example.

“What the mother wants, we help them achieve [it], said Maria.

Word of mouth and social media – the 80,000 followers on LactApp’s official Instagram page – have attracted users from around the world. At the start of the development, Alba and Maria contributed their own money and got a loan from the government. Last year, they received $ 400,000 from investors as well as three grants to continue research into breast diseases such as lactation mastitis. LactApp is free for users, but the company is currently testing a monetization strategy that takes payments directly through the app. The dynamic payment model allows users to select an amount to pay if they are satisfied with the virtual service they have received.

LactApp is available in English and Spanish and can be downloaded for free worldwide. With its high participation rate, the company maximized its resources by generating automatic responses for 95% of its requests. The remaining 5% still require a LactApp specialist, often a nurse, midwife, doula, breastfeeding specialist, or other professional among their team of ten to assess questions and answer.

It was originally aimed at mothers, but due to high demand from healthcare professionals, LactApp has expanded its reach by offering a separate category exclusively for healthcare workers. Today, around 4,000 healthcare professionals, including doctors, nurses, pharmacists, midwives, and lactation consultants, use the app to get a second opinion and get more maternity advice to. share with their patients.

Women will not stop there. Shortly after the launch of LactApp, Alba published a book on breastfeeding. Last year the two opened their first clinic in Barcelona. With classes and support in nutrition, midwifery, psychology, pelvic floor exercises and breastfeeding, it serves as a holistic center for women. The company is also affiliated with a university offering postgraduate training in the health field. The 100 Student Advanced Lactation Diploma Program is designed for healthcare professionals and led by Alba and Maria. It sold out quickly last year and they plan to teach again in the next semester, this time online.