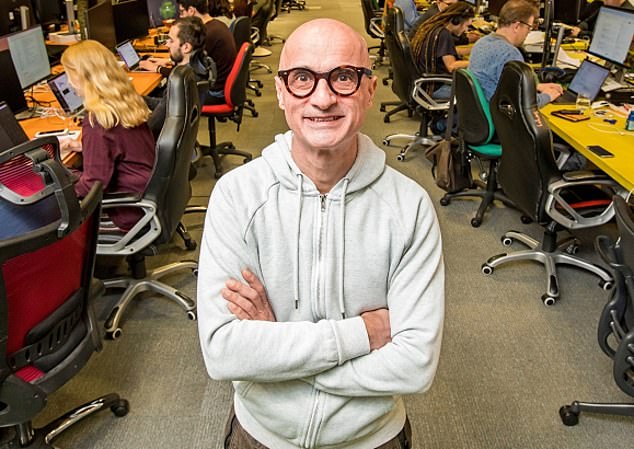 By Lucy White for the Daily Mail

Health entrepreneur Ali Parsa is set to become a billionaire after Babylon, the app he founded, signed a Â£ 3 billion deal to list on the US stock exchange.

British-Iranian Parsa, who was granted asylum in the UK after fleeing his homeland in 1981 following the Islamic Revolution, founded Babylon in 2014 as a telephone appointment service for general surgeries .

The company will merge with a special purpose acquisition company (Spac) called Alkuri Global, which will allow it to be listed on the US Nasdaq.

British-Iranian Ali Parsa, who was granted asylum in the UK after fleeing his homeland in 1981 following the Islamic Revolution, founded Babylon in 2014

Spacs are publicly traded with no other purpose than to buy a company like Babylon.

The company, which charges for its services in countries where health care is not publicly funded, has also partnered with the NHS to allow patients to see an NHS doctor for free through their phones.

Babylon serves 24 million people around the world and, in 2020, helped one patient every five seconds.

Its merger with Alkuri will value Babylon at Â£ 3bn – and Parsa owns around a third of the company, valuing its stake at Â£ 1bn.

The 56-year-old said: “We founded Babylon on the fundamental belief that it is possible to make quality health care accessible and affordable for every person on earth, by combining the latest technology and the best medical expertise. .

â€œBecoming a public company is just another step in our journey. We are at the very beginning of our work to re-imagine our sector, to do it first digital and prevention first and divert attention from health care to real health care.

Babylon’s existing investors – which include Swedish investment firms Kinnevik and VNV, Saudi Arabia’s sovereign wealth fund, Public Investment Fund, US healthcare company Centene, and German insurance giant MunichRe – will own 84% of the new company and will not cash any of their stakes.

In 2004 Parsa, who became CEO, launched Circle Health, a hospital operator that has grown into Europe’s largest clinician partnership. It was bought by Toscafund in 2017 for Â£ 74million.

Some links in this article may be affiliate links. If you click on it, we may earn a small commission. This helps us fund This Is Money and keep it free to use. We do not write articles to promote products. We do not allow any commercial relationship to affect our editorial independence.

The Scale of a Small Healthcare App: Harnessing the Power of Caring for Loved Ones