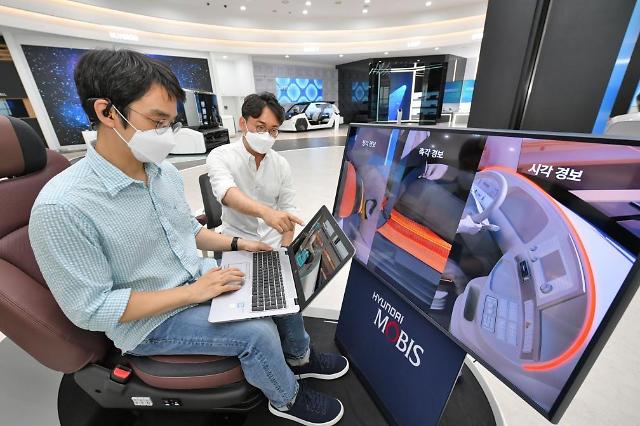 SEOUL — Hyundai Mobis, a parts manufacturing unit of South Korean automotive group Hyundai, has unveiled new in-cab healthcare technology that can measure and analyze brain waves to check on the condition of drivers. The technology should prevent accidents that may occur due to drowsy driving or sudden health conditions.

The new healthcare technology called “Mr. Brain” will be applied to public buses for evaluation. Hyundai Mobis would extend the demonstration of its new technology to commercial vehicles. “In addition to passenger safety and comfort that are needed at the fully autonomous driving stage, we have started delivering results in the area of ​​digital healthcare,” said Lee Seung-hwan, sector manager of research at Hyundai Mobis, in a July 21 statement.

Mr. Brain uses ear set type sensors to detect brain waves around the ears and determine the state of the conductors. machine learning interprets the meaning of brainwave signals. Connected to a smartphone app, Mr. Brain sends a warning when the driver’s attention is lost. Crash Mitigation Technology alerts various sensory organs using LEDs around the driver’s seat, a vibrating seat and a headrest speaker.

Biohealth technology will eventually evolve into a personalized cabin safety service that integrates brainwaves and other biological signals to understand the psychology of passengers, Hyundai Mobis said, adding that at the autonomous driving stage, various services health care and entertainment for passengers would emerge. regardless of recognition of the driving environment outside the vehicle.

Hyundai Mobis has accelerated the development of sensors, cameras and other parts for autonomous vehicles and infotainment for autonomous vehicles. In 2019, the company made a strategic investment in Beijing Deep Glint Technology, a Chinese startup known for facial recognition technology, to develop motion recognition and pattern analysis using deep learning. . Facial recognition would be used to prevent drowsy driving and detect health problems.


© Aju Business Daily & www.ajunews.com Copyright: Nothing on this site may be reproduced, distributed, transmitted, displayed, published or broadcast without the permission of Aju News Corporation.