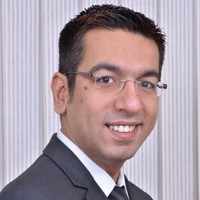 Rare diseases have received much needed attention lately, especially after the announcement of the National policy for rare diseases 2021. These diseases include genetic diseases, rare cancers, autoimmune diseases and degenerative diseases, to name a few.

Ironically, rare diseases are meant to tell doctors more about our bodies than ordinary diseases. This is mainly because the human body is ignored when everything is fine, but if something is wrong, doctors scramble to figure out what makes the body tick. Therefore, rare diseases are the forerunners of digital health, with new digital tools being deployed to address the challenges faced by the more than 400 million people around the world who live with some kind of rare disease.

For example, despite preliminary advances in AI, a digital tool being used overseas uses 3-dimensional face visualization and analysis software to enable collaboration between researchers and clinicians to advance knowledge of facial features. face and the link with rare diseases and their treatment.

Unsurprisingly, breakthroughs in rare diseases have resulted in additional benefits for people with common disorders. Indeed, 50% of new drugs come from research on rare diseases. Consider statins, cholesterol-lowering drugs, which were developed through research into familial hypercholesterolemia, a rare disease.

In India, nearly 70 million children and adults are affected by rare diseases. While nearly 80% is genetic, 70% emerges at the pediatric stage, 50% is disabling and up to 40% of conditions are life threatening. The biggest barrier to treating rare diseases is the high cost of treatment. Although the government covers part of the treatment costs, almost 70% is borne by the patients in the form of out-of-pocket expenses.

There are various treatment options for different types of rare diseases. These can include bone marrow transplants, enzyme replacement therapy, and substrate reduction therapy, to name a few.

Risks and Treatment of Hemophilia A

Found in all ethnic groups and races, people with hemophilia must take extreme precautions to guard against spontaneous bleeding. Although there is no cure for the disease yet, several treatment options exist, including infusion of the missing clotting factor. Before the 1960s, men with severe hemophilia had an average life expectancy of 12 years. Today, patients on treatment with regular factor infusion (prophylaxis) can lead relatively active and nearly normal lives.

To prevent long-term complications, treatment should be given as quickly as possible and periodically. Similarly, treatment can be personalized according to the daily activities of each patient, for example – when there is a risk of a bleeding episode, before an activity (such as sports) or according to the pharmacokinetic profile of factor levels in the body to regularly infuse factors to prevent bleeding (personalized prophylaxis).

Digital technology has recently been adopted for the treatment of hemophilia patients in the area of ​​personalized prophylaxis – regular and personalized factor infusion based on the factor levels in each patient. For example, MYPKFIT – an FDA-approved digital platform can provide personalized and interactive prophylactic treatment to patients with hemophilia A. This allows patients and healthcare professionals to undertake real-time monitoring of levels of FVIII from their homes on phones and desktop computers. As a result, patients can adapt their activity decisions according to their needs, which helps to improve their quality of life and lead a near-normal life.

Additionally, when estimated FVIII levels are low, prophylaxis alerts are sent to patients, reminding them when infusions are due. In combination with extended half-life recombinant FVIII therapy for hemophilia A, it can offer lower weekly infusion rates providing robust prophylactic coverage.

While mainstream options are optimized to address rare disease concerns, there is also a need to ensure accessibility to these treatments is ensured worldwide. Developing countries are required to boost research and develop the skills needed to use the treatment and diagnostic options available. Moreover, the relationship between the prevalence of rare diseases and their treatment remains skewed around the world and this unmet need requires immediate attention and intervention.

The introduction of next-generation sequencing, high-throughput sequencing and large-scale DNA sequencing of populations marked significantly the resolution of rare disease patient issues, increased efforts to use them to link a syndrome or symptom at a particular genetic marker also paints a better picture of the future.

Hopefully, given the growing convergence of current therapies and digital technological solutions, it may only be a matter of time before cures are discovered for these rare diseases.

Can people without viral suppression benefit from Cabenuva?